This site uses cookies, for analytic purposes and to provide enhancements to the user experience. If you click the "Accept Cookies" button, you can continue without further intrusion. Otherwise, you can click the close button at upper right to hide this notice, but your use of this website may be impacted. For more information visit our Privacy Policy page. 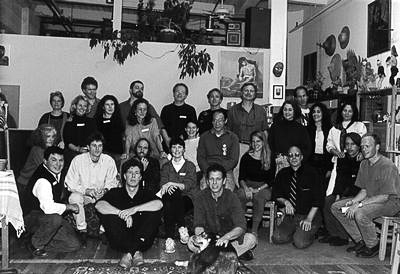 The original website was designed by William E. Elston and can be seen here. It was created at a time when the average computer screen was a low resolution 15-inch display or smaller. Many websites of the era were static, fixed-width and designed for those small screens. The original site also used frames for navigation. They had just been made available, but are hardly even used now. There are other deprecated technologies, some of which may not be supported by the modern web browser that you are using.

In all, there were three redesigns of the original legacy website, to make it compatible with newer web standards. The current NFAA website has also gone through three complete redesigns.

all designs, copy and images copyright ©1996 by the artists of the NFAA, and